Following the delivery of a political flyer to select postal addresses within NY State Senate District 40 by Senator Terrence Murphy, Democratic candidate Pete Harckham is demanding that Murphy reimburse taxpayers for the expense. The flyers (pictured above) which were not sent to every constituent, were clearly targeted to a political audience, using taxpayer money to fund a political mailer very close to the upcoming election on November 6.

“It is outrageous that Terrence Murphy is using taxpayer dollars to fund his reelection bid by sending state financed mailers after the primary,” says Harckham. “Getting taxpayers to pick up this tab is the kind of shenanigans that has people outraged at Albany politicians. He needs to tell taxpayers how much of their money he spent on his political mail and when he will reimburse them.”

Harckham notes the NY State Assembly, which has a Democratic majority, has rules prohibiting sending out such mailers close to an election. However the Republican-controlled NY State Senate has different rules. “The Senate should have similar rules and hopefully will enact them when a Democratic majority is elected,” Harckham adds. 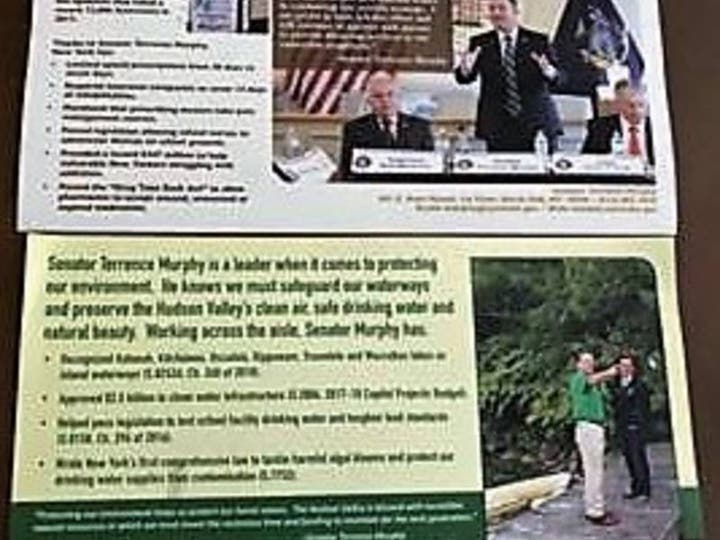